Nature’s most incredible butterfly migration is in peril

Nature’s most incredible butterfly migration is in peril

The orange and black wings of monarch butterflies don’t fill evening skies the way they used to: Compared to 20 years ago, just one-tenth as many monarchs will make their miraculous migration down the West Coast this year.1 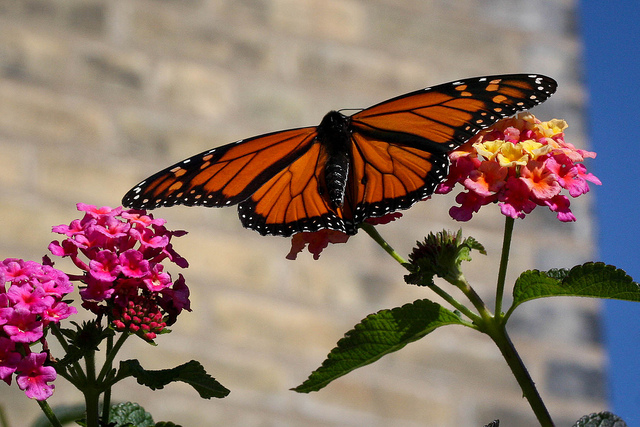 It’s not too late to save monarch butterflies.

It’s not too late for the monarch. We can still reverse this precious pollinator’s catastrophic decline by protecting it under the Endangered Species Act — and the U.S. Fish and Wildlife Service (FWS) was supposed to make a ruling on this back in May. But this summer, the agency pushed back its decision date by more than a year.2

While the government drags its feet, monarchs continue to die. The FWS needs to hear from us if they’re going to make protecting the monarch a priority.

The monarch butterfly migration is worth protecting.

Though their numbers have been greatly diminished, monarch butterflies, each often no larger than a paperclip, still make their 3000-mile journey to winter in Mexico each year. The monarch migration is one of the natural world’s most incredible phenomena.3

In addition to being awe-inspiring travelers, monarchs are also ecologically critical. They’re important wildflower pollinators, and their sensitivity to habitat change makes them important indicators for the health of our ecosystems — they’re “canaries in the coal mine” for environmental damage.4,5

The Endangered Species Act can help save them.

The disappearance of monarch butterflies would leave the natural world a poorer and less beautiful place. The Endangered Species Act can save monarchs from extinction — it’s a powerful tool for protecting wildlife on the brink and has a 99 percent success rate.6 But until the FWS takes decisive action and lists the monarch as threatened, the butterfly’s future remains uncertain.

There’s no time to waste: Add your name to tell the FWS to take action.