Monarch butterflies have never been more in peril: These migratory wonders have seen their overwintering populations drop to less than 1 percent of their numbers in 1980.1 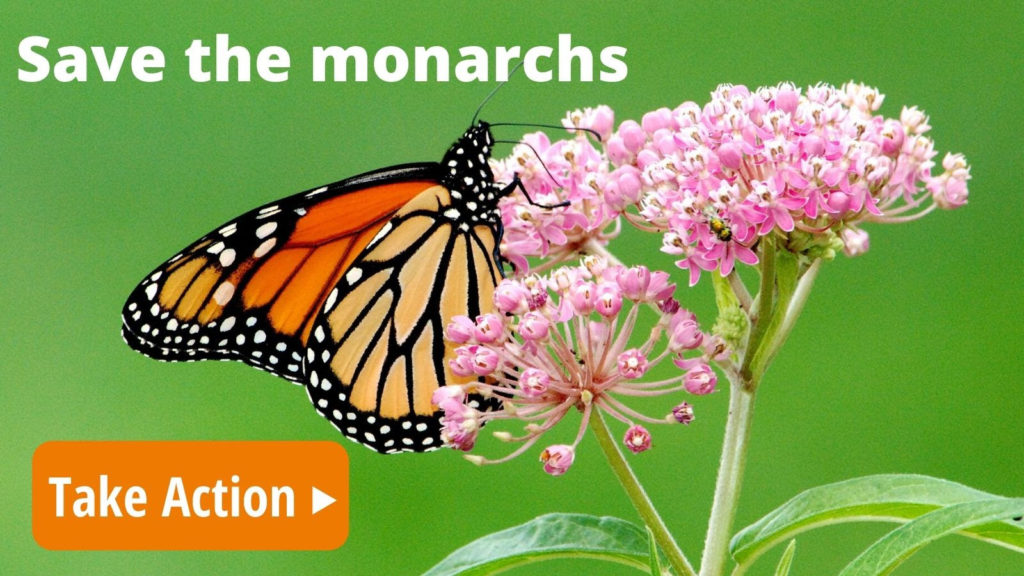 The clock is ticking for monarchs.

It’s clearer than ever that monarchs need the proven protections of the Endangered Species Act, which has kept 99 percent of the creatures on its list from going extinct.2 The U.S. Fish and Wildlife Service (FWS) is set to decide on whether or not to list monarchs as endangered in December — but with the clock ticking, the agency has postponed its decision multiple times.3

Pesticides are destroying the only food monarch caterpillars can eat.

The widespread use of pesticides is a major reason for the monarchs’ decline.

Products like glyphosate have decimated the milkweed plant, which monarchs rely on to survive. And a recent study of milkweed plants in California found residues of 64 different pesticides in the plants, many at levels high enough to kill monarchs.4

It’s worth remembering how incredible these tiny creatures are. Each year, they travel 3,000 miles across the continent, along ancient routes, to spend the winter in the same section of forest in Mexico. There, they gather by the millions, turning the pine boughs orange.5

Monarchs also pollinate wildflowers all along their route, and their sensitivity to habitat change makes them important indicators for the health of our ecosystems.6,7 Their disappearance would leave the natural world a poorer and less beautiful place.

Take action to save monarchs from extinction.

The Endangered Species Act can save monarchs from extinction — it’s a powerful tool for protecting wildlife on the brink. But until the FWS takes decisive action and lists the monarch as threatened, the butterfly’s future remains uncertain.

There’s no time to waste: Add your name to tell the FWS to take action.