Monarch butterflies are endangered, but still not protected. Let’s change that.

Monarch butterflies are endangered, but still not protected. Let’s change that.

Scientists from the International Union for Conservation of Nature recently downgraded the monarch butterfly’s status to endangered — their populations had plummeted by more than 95% and, despite an uptick in recent counts, their numbers remain precarious today.1 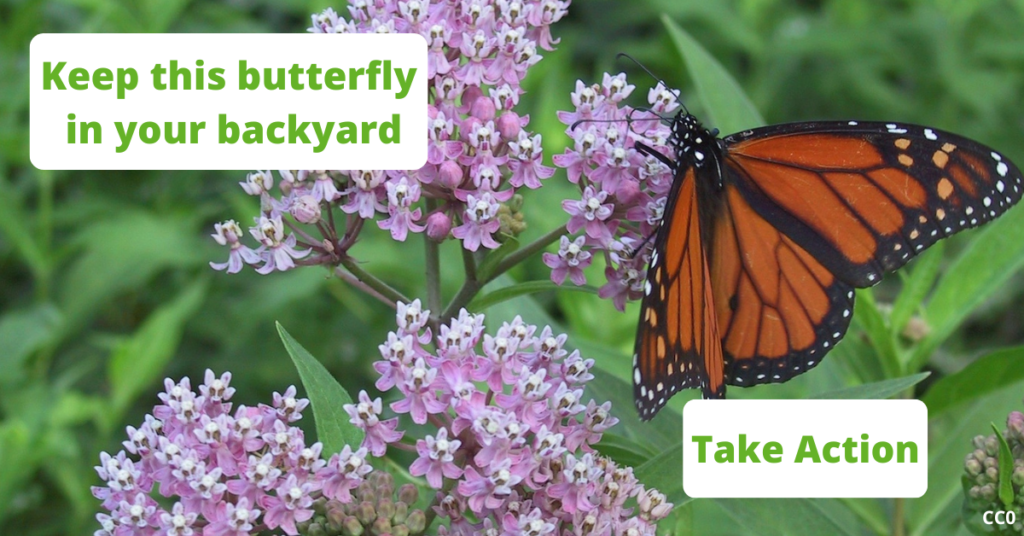 Monarch butterflies could disappear from our skies for good.

Despite these grim numbers, the United States still hasn’t issued protections for these butterflies. If we don’t act soon, they could disappear from our skies for good.2 We need to tell our U.S. senators: Support the MONARCH Act today to help save the endangered Western monarch butterfly.

Many of us frequently see monarch butterflies flit around in our backyards during the warmer months of the year, making it hard to imagine that an insect that seems so commonplace is actually in danger of extinction.

It was only 40 years ago when as many as 10 million Western monarchs would stretch out their wings and take to the skies from California to Arizona for their bi-annual 2,500 mile migration. The millions of orange and black stained wings would lift off for migration, painting what would look like a kaleidoscope in the sky as they traveled.3

From October to March, monarch butterflies hunker down along the California coast, a behavior known as “overwintering.” During this time, volunteers will go out and count the migrating butterflies they find at these overwintering destinations.4

In 2021, volunteers tallied a mere 5% of what the populations looked like in the 1980s.The main reason for the sharp population decline? A lack of these butterflies’ main food source: Milkweed.5

Milkweed, also known as a “mega food market for insects,” is the monarchs’ primary food source. Not only does it give them the sustenance they need to embark on their yearly migrations, but milkweed also offers them a unique form of protection.6

When monarch caterpillars digest the milkweed, they produce an enzyme that makes them toxic to predators. Unfortunately, monarchs have no natural ability to protect themselves from starvation, a state of existence they’re becoming accustomed to with the 1.3 billion dead milkweed stems.7

Calling on the Senate to pass the MONARCH Act will help ensure that proper funding and resources are dedicated to saving this endangered species.8

By protecting monarch habitat, the MONARCH Act would help the imperiled Western monarchs survive the winter, safely hatch their caterpillars, and form their delicate chrysalises to emerge as the delicate, iconic creatures we know and love.

With just a small percentage of Western monarchs remaining, we must act quickly to save these magnificent pollinators before they vanish entirely from the western United States.

Tell your U.S. senators: Support the MONARCH Act to protect the few remaining Western monarchs there are.