LIVE – tune in with us for the Saturday night #GOPDebate

LIVE – tune in with us for the Saturday night #GOPDebate

The next #GOPDebate is  Saturday February 13 at 9 p.m. Eastern in Greenville, South Carolina. It will be moderated by CBS News’ John Dickerson, Major Garrett & Kimberley Strassel

The Republican candidates for president are gearing up to debate once more. CBS News will hold the Republican Primary Debate at the Peace Center in Greenville, South Carolina, this Saturday night, Feb. 13, at 9 p.m. ET. Donald Trump, Ted Cruz, Marco Rubio, Jeb Bush, Ben Carson and John Kasich have been invited to participate in the debate.

Former Virginia Gov. Jim Gilmore, who had only previously participated in undercard debates, did not qualify for the main stage, and New Jersey Gov. Chris Christie and Carly Fiorina dropped out of the 2016 race earlier this week.

Debate moderators in this election cycle have had plenty of data to pose strong questions to candidates regarding climate change. Impacts include mass dislocation, alterations in the spread of infectious diseases, more intense wildfires and record-breaking warmth in both 2014 and 2015 — just to name a few. Also, almost a year before the first debate, the Pentagon issued a study identifying climate change as a national security problem. “Destruction and devastation from hurricanes can sow the seeds for instability. Droughts and crop failures can leave millions of people without any lifeline, and trigger waves of mass migration,” said then-Defense Secretary Chuck Hagel.

Surely the Pentagon’s warnings could produce a number of sizzling questions. Or, you know, the fact that 200 world leaders struck a historic climate change agreement in Paris to reduce global warming pollution. There is plenty of serious and important content here that needs to be addressed by the people hoping to be our commander in chief.

The debate starts Saturday, Feb. 13, at 9 p.m. ET (8 p.m. CT, 6 p.m. PT). And even if you’re not the most computer-savvy person out there, we’ve made it simple to send your climate related questions to CBS News and then watch the result live with us tomorrow night. 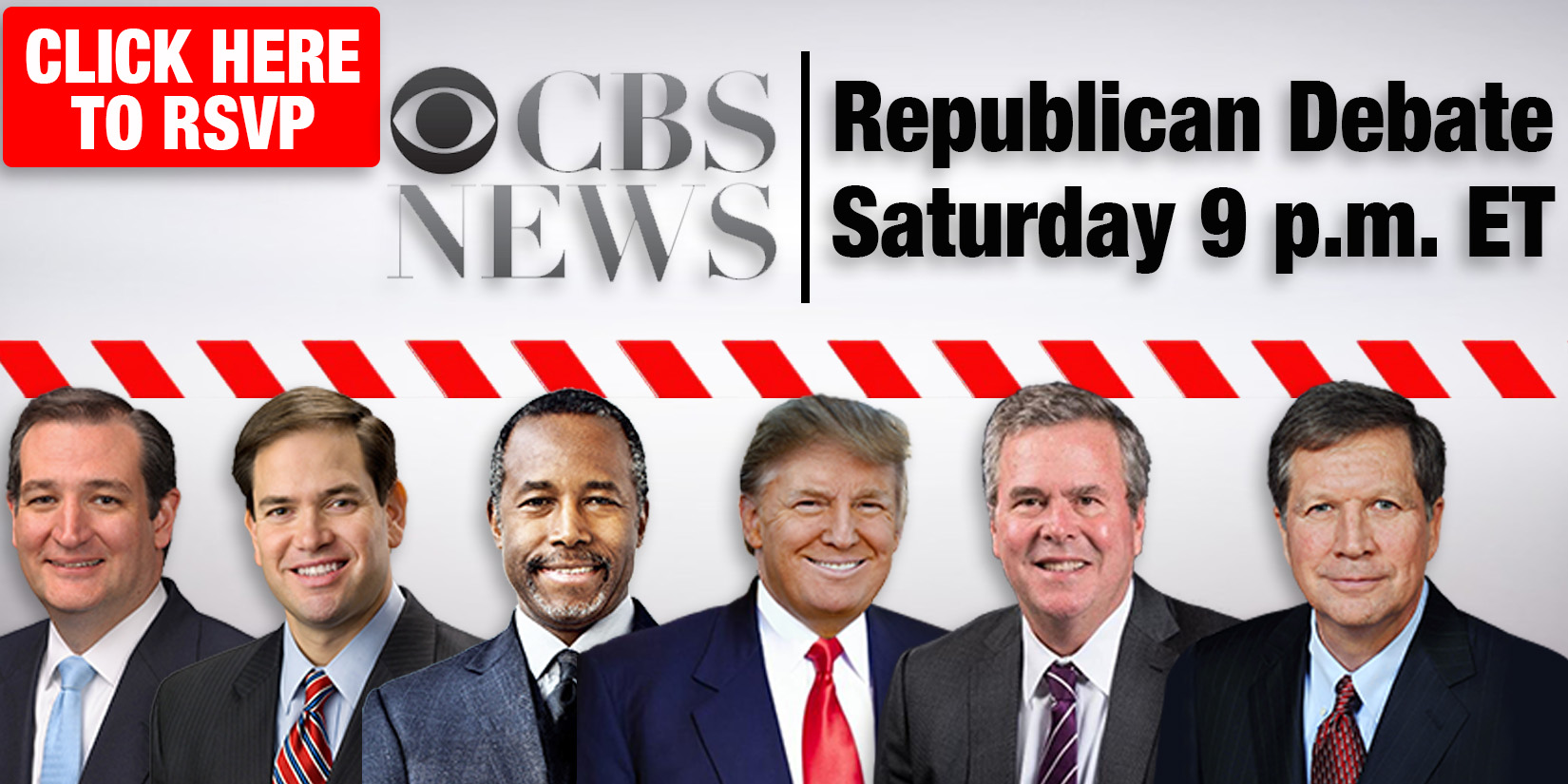 Face the Nation anchor and CBS News political director John Dickerson will be the debate’s main moderator and will be joined by CBS News White House correspondent Major Garrett and The Wall Street Journal’s Kimberley Strassel.

The CBS debate is the final one before the party’s next nominating contest: the South Carolina Republican primary on Feb. 20. It comes four days after Trump won New Hampshire’s GOP primary, followed by Kasich in second place, Cruz in third, Bush in fourth and Rubio in fifth place.

How will it impact the race? Will the CBS moderators be any more likely to #AskOnClimate during this debate? There’s only one way to find out: Tune in and watch with us tomorrow night!