The next #GOPDebate was March 10, at Florida’s University of Miami. CNN hosted again with our old friend Jake Tapper of The Lead at the helm. This was the last debate before the March 15th Florida and Ohio primaries, a pair of winner-take-all contests in the respective home states of Marco Rubio and John Kasich.

It’s no secret we’ve had some issues with Jake Tapper’s previous moderating. But he’d been asking pointed questions of the GOP candidates lately: and the previous 2 Democratic debates had seen MUCH more discussion of climate change, clean energy, clean water and other environmental issues.

If Tapper asked the Republicans even a few of the questions his colleagues Anderson Cooper and Don Lemon asked in Flint, or that Univision and the Washington Post asked the previous night, Florida would be home to the most substantive #GOPDebate on climate ever. And that’s just what happened, mostly. Click here to read Anthony’s synopsis of the last 2 debates, and then use the links below to thank Tapper and team for their good work to #AskOnClimate

We previously gave Grist a lists of the kind of questions we’re hoping to asked at the #DemDebate. While we got 1 or two of them on Sunday in Flint (click here for a replay of that amazing environmental justice event) there’s still more!

Here’s the rest of the list in case you want to suggest any of them to our friends at Telemundo and CNN. (h/t the amazing Rebecca Leber and team at Grist). 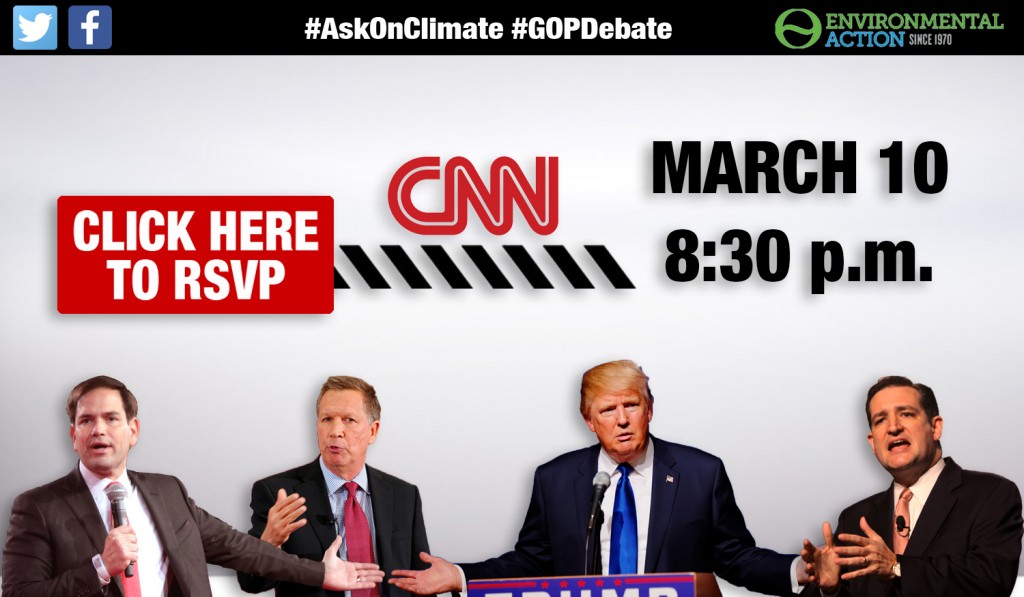