The last #GOPDebate before the Iowa caucuses is tonight — but frontrunner Donald Trump has decided to skip it because of his ongoing feud with Fox News. RSVP here to watch with us and see if a Trump-less debate includes #AskOnClimate questions from Fox news!

Most of the Republican presidential candidates will square off Thursday evening in Des Moines, Iowa. It’s their last chance to talk to voters on TV before next Monday’s Iowa caucuses. The real news is that billionaire mogul and climate-denier Donald Trump will not be present.

The prime time event will begin at 9 p.m. ET, and be moderated by Megyn Kelly, Chris Wallace, and Bret Baier — just like the last few #GOPDebates on Fox that included no questions about climate change. In fact, candidates from both parties have been asked about nonsense issues like gaffes and polls more than 100 times as often as they’ve been asked about climate change.

How will it impact the race? Will the Fox News moderators be any more likely to #AskOnClimate given the absence of Trump (other climate deniers, like Ted Cruz will still be present)? There’s only one way to find out: Tune in with us tonight and watch!

It all starts tonight, Thursday January 28, 2016 at 9 p.m. ET (8 p.m. CT, 6 p.m. PT). Even if you’re not the most computer-savvy person out there, we’ve made it simple to watch and send your reactions to Fox through social media. 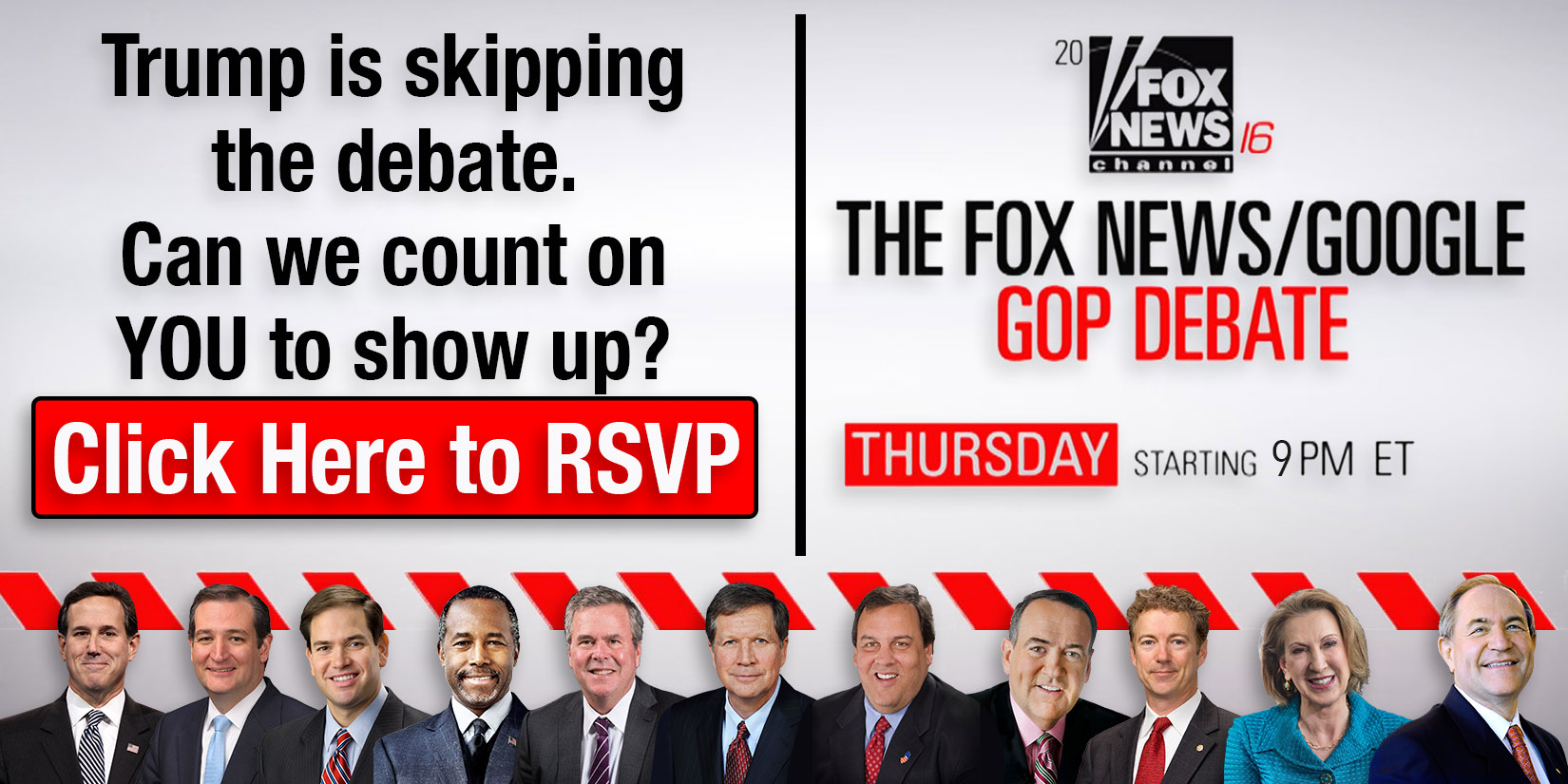 Participating in the big event are Ted Cruz, Marco Rubio, Ben Carson, Jeb Bush, Chris Christie, John Kasich, and Rand Paul – who was cut from the last debate, but gets his podium back this time even as front runner Donald Trump refuses participate because of his ongoing feud with Fox News.

We wont know what they say, and how Trump’s absence impacts the debate and the race until tonight! RSVP before the #GOPDebate starts tonight at 9 p.m. Eastern!