It’s up to us to save gray wolves

It’s up to us to save gray wolves

There’s not a moment to lose — the Trump administration could announce its decision to officially end Endangered Species Act (ESA) protection for wolves at any minute. 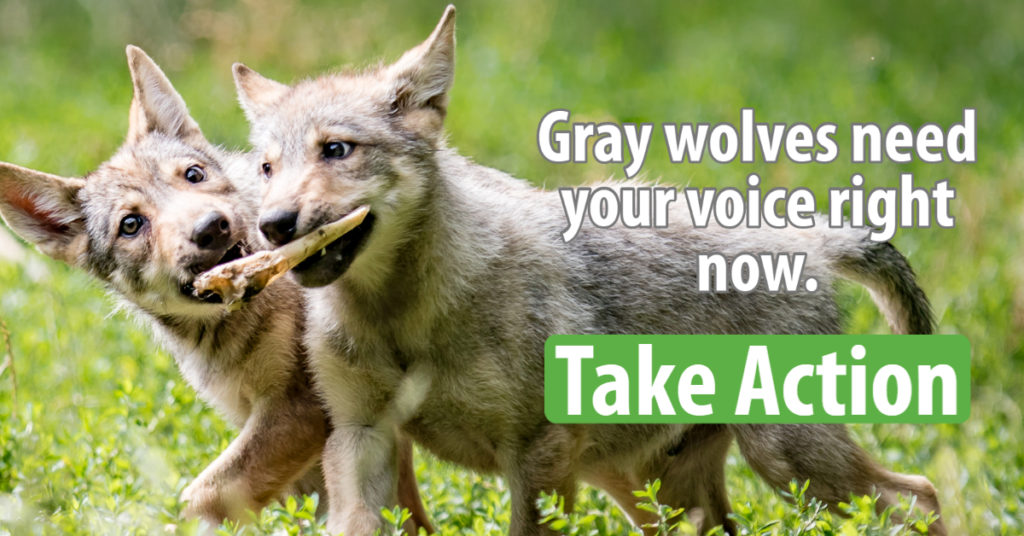 Wolves were almost hunted to extinction once before.

In the early 1900s, almost every single gray wolf in America was shot to death. The protection of the ESA has helped these amazing animals slowly begin to recover — but if wolves lose that protection today, we could lose them to extinction.

The time to save gray wolves is now.

Last year, the U.S. Fish and Wildlife Service (FWS) opened a public comment period on its plan to delist gray wolves.1 A final decision was expected in March, but all we’ve heard from the Trump administration since is suspicious radio silence.

The delisting announcement — which could come any day now — would be devastating for wolves. It could leave them vulnerable to legal hunting and trapping across the entire Lower 48 states.

We can’t let the Trump administration forget that the American public wants wolves to thrive — not be hunted to extinction. Wolves are counting on us to speak up because it’s clear that this administration will need convincing. Its track record on wolves is frightening: Earlier this month, the president reauthorized hunters to shoot mother wolves and their pups during the denning season in Alaska.2

Our voices, raised together, are a powerful tool for wolf conservation. In 2018, more than 25,000 of you asked Congress to maintain protections for wolves — and we won.

We can win again — and now is the time to act. If you believe, as we do, in building a future where our children and their children can experience the wonder of hearing a wolf howling in the wild, we need to make sure wolves keep their vital ESA protection.