Help save whitetip sharks from extinction

Help save whitetip sharks from extinction

The apex predator on land is about to wipe out the apex predator of the ocean. Humans have driven the oceanic whitetip shark to the verge of extinction, even though losing sharks would be disastrous for our oceans. 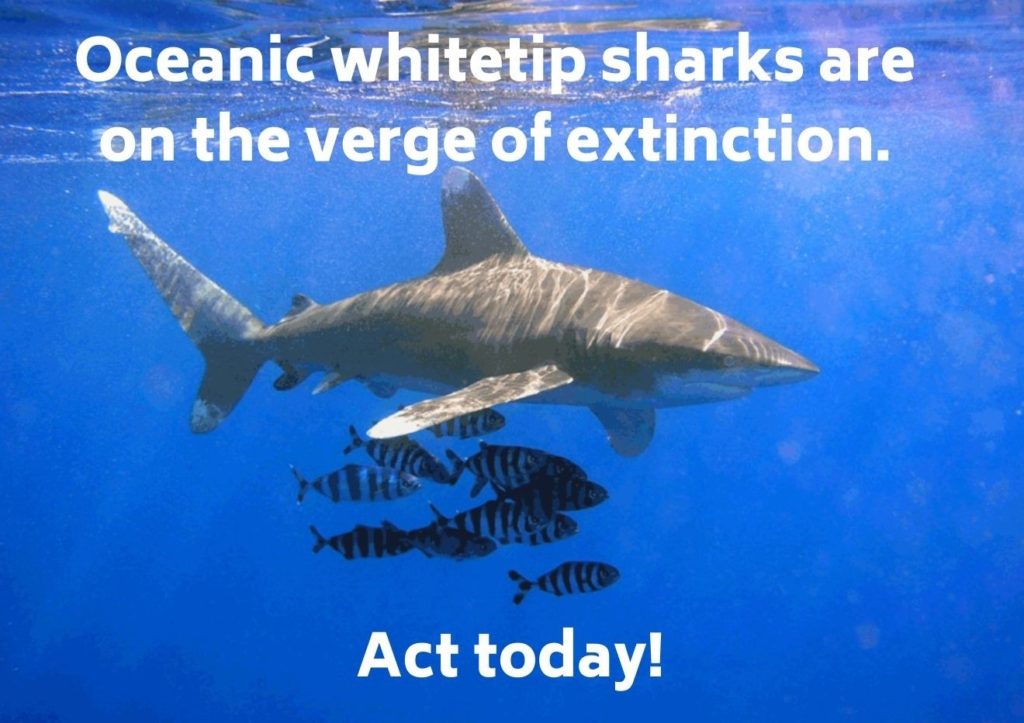 Sharks are vital — but they’re vanishing.

Oceanic whitetip shark populations have declined worldwide by 88 percent in recent years, and even more in the Gulf of Mexico. Two years ago, they were declared “threatened” under the Endangered Species Act, which gives the National Marine Fisheries Service (NMFS) the power to dramatically reduce the number one cause for sharks’ demise: getting caught on fishing lines and in fishing nets.1

But NMFS has been dragging its feet. The agency is deciding right now how much it’s willing to do — and its deadline is May 15.2

The fishing industry kills too many sharks.

Fifty years ago, scientists wrote that whitetips were “perhaps the most abundant large animal on the face of the earth.”3 But no more.

Some of their radical decline is due to an increased demand for their large fins for shark fin soup. But the bigger problem is the fishing industry, as their nets — designed for the fish we eat — accidentally catch and kill sharks, too.4

We can save the whitetip sharks together.

We have the technology to avoid accidental killings — and we’ve used it to drastically reduce the capture and deaths of dolphins by commercial fishing industries. It just hasn’t sufficiently been adapted for sharks — and NMFS hasn’t called for it to be. And they won’t act, unless the White House tells them to do so.

But by raising our voices for the whitetip sharks, there’s hope that the agency will do the right thing.

You can make a big difference for whitetips by adding your name to our petition to the Trump administration today.