Gray wolves are more vulnerable than ever before

Gray wolves are more vulnerable than ever before

Nearly every wolf in the lower 48 states has been stripped of critical Endangered Species Act protections — and this Giving Tuesday, we’re working hard to save them. 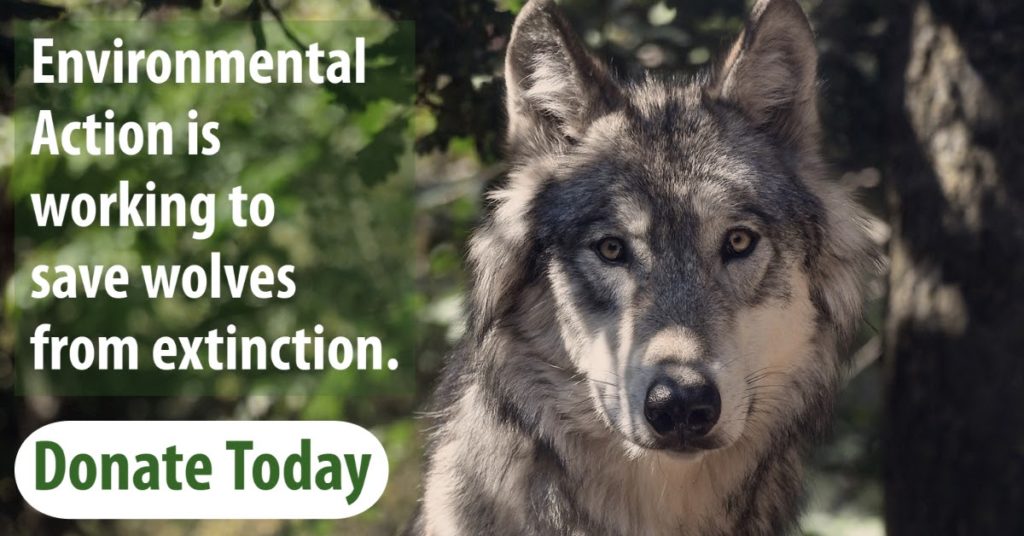 It’s time to take a stand to protect gray wolves.

The Trump administration recently removed an estimated 6,000 gray wolves from the list of species protected under the Endangered Species Act.1 States are now free to manage wolves as they please, which will lead to more trophy hunting and decimated packs.

This ruling is devastating, but Environmental Action’s pack of wolf defenders won’t be discouraged. We’re strengthening our advocacy in the West and Midwest on behalf of state-level protections for wolves. Will you join us?

History has shown that when wolves are removed from the Endangered Species list, an unsustainable slaughter is possible. After gray wolves near the Great Lakes lost their protections in 2011, more than 1,500 wolves were killed in just three years. It was so bad that a federal court stepped in to put a stop to the hunting before it could drive wolves any closer to extinction.2

And the Trump administration’s decision places wolves that are still listed as endangered at risk as well. Without a secure connection to larger populations, tiny segments of wolves in California, Oregon and Washington are more likely to perish.3

This Giving Tuesday, help us save gray wolves.

The good news is that we have a plan to defend wolves.

We’re going to do everything we can to return federal Endangered Species Act protections to gray wolves. We’re also campaigning in the states, including Washington, Wyoming and Idaho, to end devastating hunting practices and enact statewide conservation measures.

This work is made possible by supporters like you. Join us in standing up for wolves by donating to our Giving Tuesday drive today.