Take Action this Earth Day: Put the Planet over Plastic

Take Action this Earth Day: Put the Planet over Plastic

What’s one thing you wouldn’t expect at the bottom of the deepest natural trench in the world? Plastic pollution. But scientists have now found plastic in organisms in the Mariana trench.1 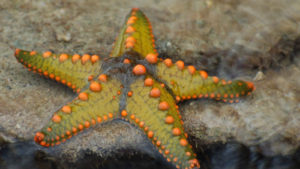 Plastic pollution enters the environment by the ton.

Plastic foam never fully degrades, meaning every single bit of polystyrene foam ever made is still out there, polluting our oceans and threatening wildlife — even 20,000 feet deep.2

Eight million metric tons of plastic is dumped in our oceans every year.3 And plastic foam is some of the worst of it. Because plastic never fully degrades, this waste leaves behind tiny particles — called microplastics — that remain in the environment for hundreds of years.

Plastic threatens wildlife — even 20,000 feet under the sea.

For wildlife, it’s easy to mistake a small piece of plastic for food, especially when there are millions of pieces of plastic floating in the ocean, including some so small we can’t see them.

And this is exactly what’s happening, even in the depths of the ocean: Researchers traveled to the Mariana Trench in the western Pacific Ocean — the lowest place on the planet — and found plastic in 100 percent of the organisms they tested.4

The authors of the study concluded that, “it is highly likely there are no marine ecosystems left that are not impacted by plastic pollution.”5

Take action this Earth Day to put the planet over plastic.

Plastic pollution doesn’t belong in our oceans at all — and it’s alarming that scientists are finding it even in the deepest part of our ocean.

We need to stop using plastics that end up in our oceans in the first place — and one of the worst forms of this plastic pollution is plastic foam cups and containers.

Earth Day is another reminder of our need to do all we can to put our planet over plastic, and we can start by banning polystyrene foam. Send a message to your governor today in support of a statewide ban on polystyrene foam.

Send a Message to Ban Polystyrene in Your State