Deadline Tonight: Help us save the wolves

Deadline Tonight: Help us save the wolves

It’s a dangerous time to be a wolf. 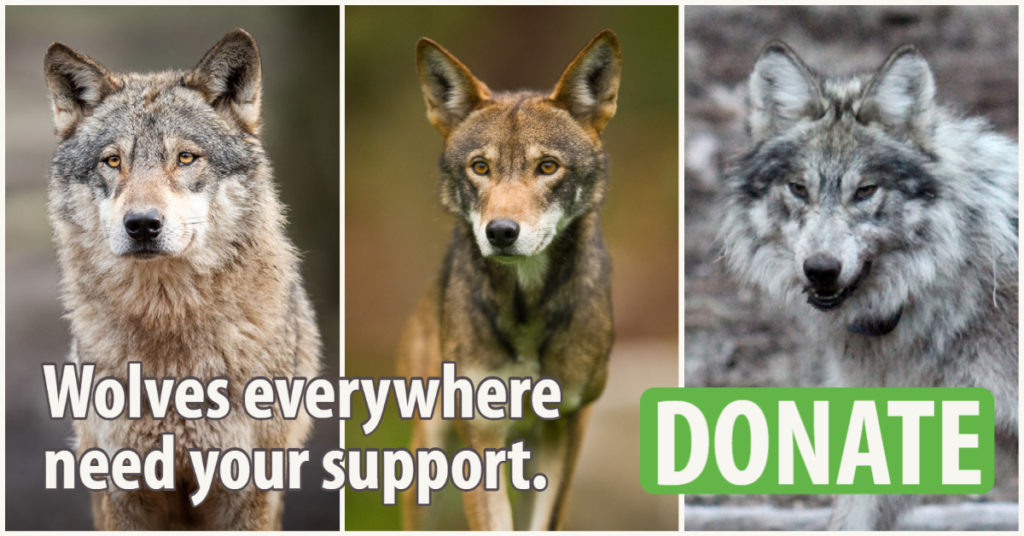 Almost anywhere in Wyoming, any wolf can be shot on sight for any reason — no permits needed, no questions asked.1 In Idaho, a new law has legalized a wolf slaughtering spree that could leave as few as 1 in 10 of the state’s wolves alive.2 Meanwhile, on the East Coast, poaching threatens to snuff out the tiny remaining population of critically endangered red wolves.3

We need to stop the slaughter and keep wolves safe. We’ll do it by winning strong protections for these irreplaceable animals at the state and national levels alike — but to pull this off, we’ll need your help.

Why is it especially important to prepare to defend wolves right now?

It’s because gray wolves are in unprecedented danger nationwide — and their cousins, the red wolves and Mexican gray wolves, can’t be forgotten either.

For the sake of wolves nationwide, we need to work together to keep these campaigns going strong in 2022.

Are you with us? Donate to our Year-End Giving Drive before midnight tonight.