Bernie Sanders and Hillary Clinton will meet in Brooklyn for the next #DemDebate on CNN and NY1 on April 14, five days before a crucial primary election in New York state.

The last few debates on CNN have included questions on fracking and Climate Change, which is crucial for the next President to deal with. But New York is a one-of-a-kind stage. It’s one of the first states to ban fracking, it’s the first state whose Attorney General launched an investigation into Exxon’s Climate Cover-Up – and more.

We’re more than halfway through the primary process, but we haven’t seen a primary like New York’s before. Sen. Bernie Sanders has released a new ad criticizing Hillary Clinton on fracking ahead of next week’s primary, which has already banned this extreme drilling process in a big win for our movement. Actress Susan Sarandon says, in the ad, Bernie is “the only candidate for president who opposes fracking everywhere.”

We’ve known and worked with the anti-fracking movement in New York for years, but polls out still show Clinton with a 51 percent-to-39 percent lead over Sanders, indicating a close election based on real issues.

We need real debates that ask real questions so voters are informed before they make their choice for President Obama’s successor. This Thursday night we have a chance to see if CNN and their New York Co-hosts share this opinion.We previously gave Grist a lists of the kind of questions we’re hoping to asked at the #DemDebate.

Here’s the rest of the list in case you want to suggest any of them to our friends at NY1, the Daily News and CNN. (h/t the amazing Rebecca Leber and team at Grist). 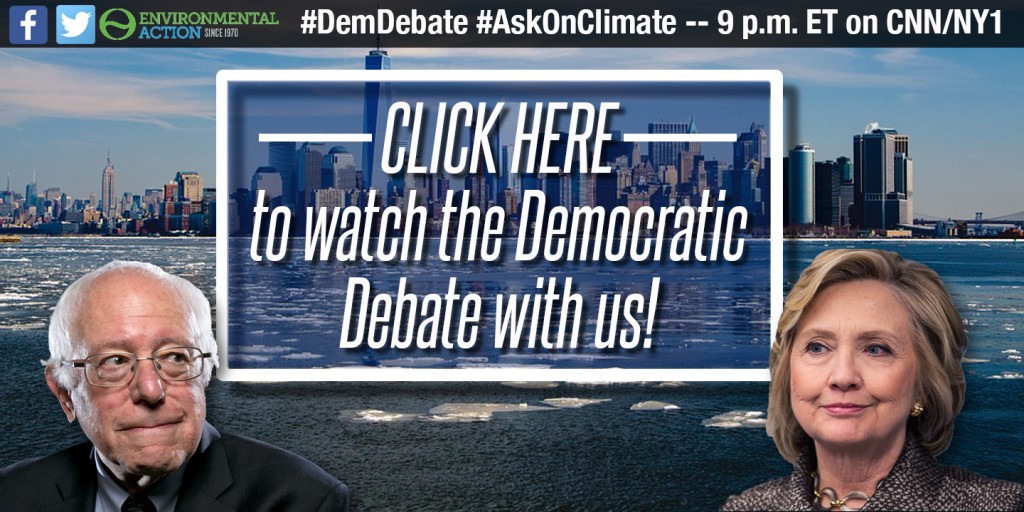