Bears are calling on Rick Scott

Bears are calling on Rick Scott

The Florida Fish and Wildlife Commission (FWC) is only weeks away from authorizing a bear hunt. And our best chance to stunt the hunt and save the bears is to convince Gov. Rick Scot that it’s a bad idea for Florida’s tourism industry to allow the senseless and cruel killing of these shy forest dwellers.

But we need your help getting Gov. Scott’s attention. Can you to call Gov. Scott’s office in Tallahassee, FL, and tell him that hunting the bears is bad for Florida’s tourism, reputation and wildlife?

You will have the option to talk to an office representative or leave a message. Here’s some talking points for what to say. 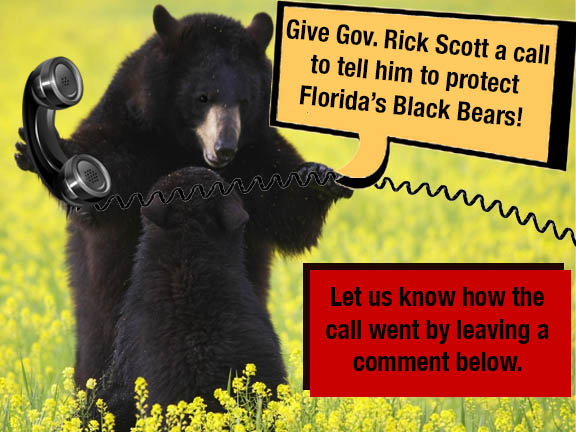 Afterwords, let us know how your call went by filling out the form below