America’s lynx population is collapsing, and a recently introduced bill could be the last nail in this wild cat’s coffin. 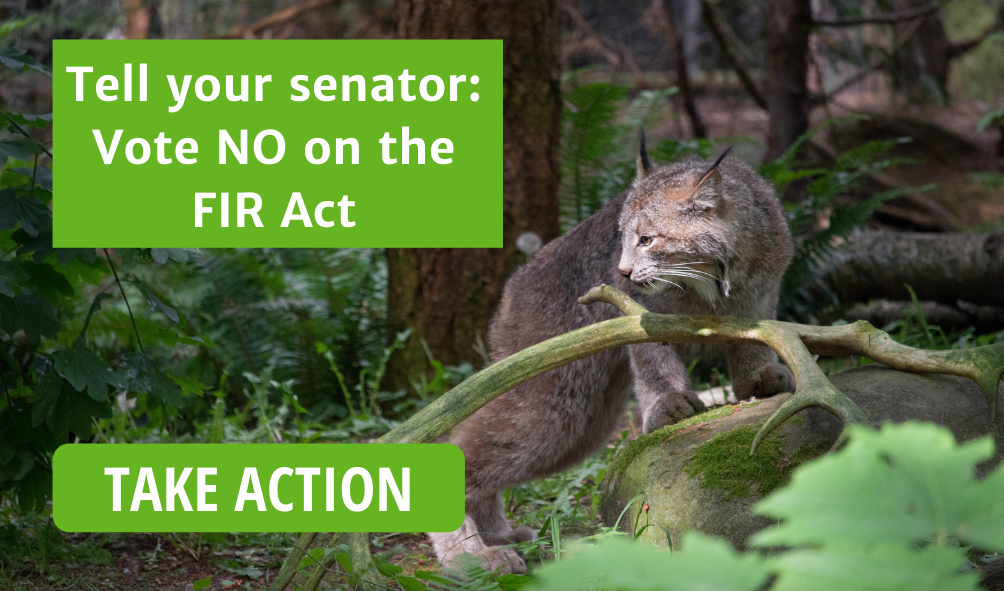 Officials have long been worried by the decline in lynx populations in the United States. As just one indicator of the problem, a 2016 study estimated that there could be as few as 54 lynx left in Washington state — and the situation has only gotten worse since then.1

Habitat loss could drive the lynx out of the Lower 48 for good — and if passed, the Forest Information Reform (FIR) Act would give companies a green light to develop what precious habitat the lynx have left.

We can’t let this bill further the loss of critical habitat.

This bill could be a death sentence for the lynx.

Recognizable for its bobbed tail and unique ear tufts, the lynx is an icon of America’s northern wilderness. But as that wilderness disappears, so does the lynx.

In effect, the FIR Act would remove a critical barrier between developers and the wilderness they would log, mine or develop.2 If passed, the FIR Act would allow companies to all but disregard their actions’ impact on wildlife habitat, accelerating the destruction of critical lynx habitat that is driving them out of the Lower 48.

Proponents say the FIR Act would be good for industrial interests — but conservationists say it would be “a death sentence” for the lynx.3

Lynx are highly specialized to hunt in a snowy environment, with its wide paws providing it a competitive advantage in hunting its primary prey, the snowshoe hare, in snow-covered forests.

But a warming planet is drastically reducing the wintry habitats in the United States that lynx need to survive. Even worse, a spate of catastrophic forest fires in 2018, themselves driven by climate change, burned lynx from their habitats and left them uninhabitable for the next 20 to 40 years.4

We cannot allow human development to pile onto the threats already facing the lynx in the Lower 48. That’s why we need you to tell Congress: Vote no on the FIR Act.