Each year, approximately 8 million metric tons of plastic waste make their way into our world’s oceans. That’s the equivalent of five grocery bags filled with plastic for every foot of coastline.1 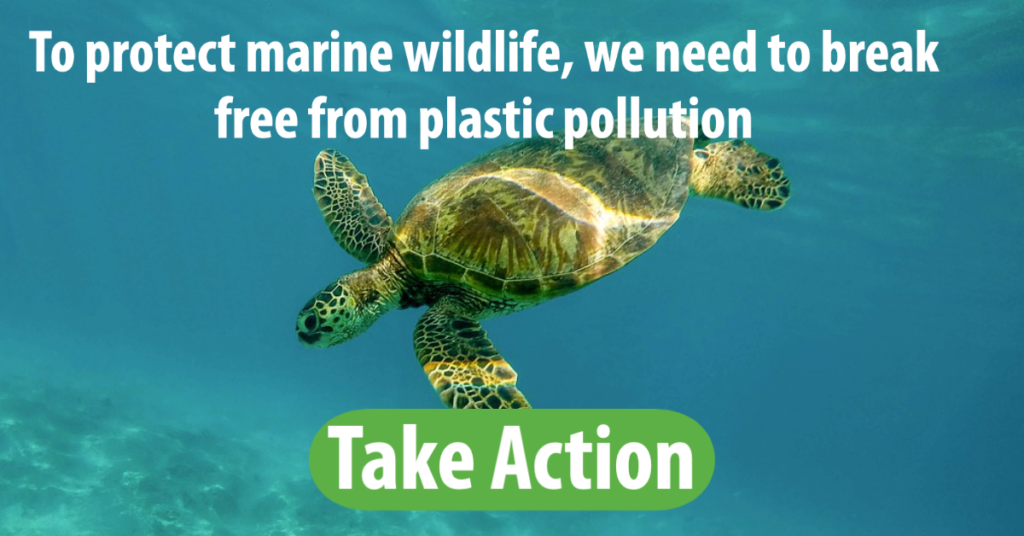 Plastic pollution is deadly to wildlife.

All this plastic pollution in our environment isn’t just unsightly. It’s also deadly. Millions of animals are killed by plastic every year, from fish to birds to other marine organisms.2

It’s time we put wildlife and wild places over waste. That’s why Environmental Action is advocating for the Break Free From Plastic Pollution Act (BFFPPA), federal legislation to curb the production and use of plastics.

We all need to raise our voices in support of the BFFPPA, so we’re sending messages urging our U.S. senators to pass this bill.

This bill can help protect our planet from plastic pollution.

Approximately 700 species, including endangered animals, have been negatively impacted by plastic waste.3

In just one recent example of plastic tragically harming wildlife, an endangered Hawaiian monk seal was found entangled in plastic on the islands of the Papahānaumokuākea Marine National Monument. More than 47 tons of plastic were removed from the marine reserve in a span of just over three weeks.4

In order to protect marine wildlife, we need to prevent plastic waste from entering our environment in the first place. The BFFPPA does just that. Among its provisions, the legislation would phase out single-use plastics, improve recycling infrastructure, hold plastic producers accountable for the cost of their waste, and place a moratorium on new plastic-producing facilities.